Through hard work, insight, and perseverance, Eli sought to revolutionize life insurance distribution—a vision that left an indelible mark on M Financial Group and the industry.

A Force that Changed an Industry

From the moment I first saw Eli Morgan, we had an immediate bond that would develop into a deep friendship and long careers together.

I remember the day we met like it was yesterday. When I graduated from the Wharton School at the University of Pennsylvania in 1960 where I majored in Insurance, I was offered a job by Charles B. McCaffrey who was one of my professors. In addition to teaching, Professor McCaffrey, ran a department for high net worth prospects and policyholders of the Provident Mutual Life Insurance Company based in West Philadelphia near Penn’s campus. Part of the job consisted of my traveling around the country with Professor McCaffrey where we held seminars to educate Provident’s agents on sophisticated ways of using life insurance in the businesses and estate plans of their clients. 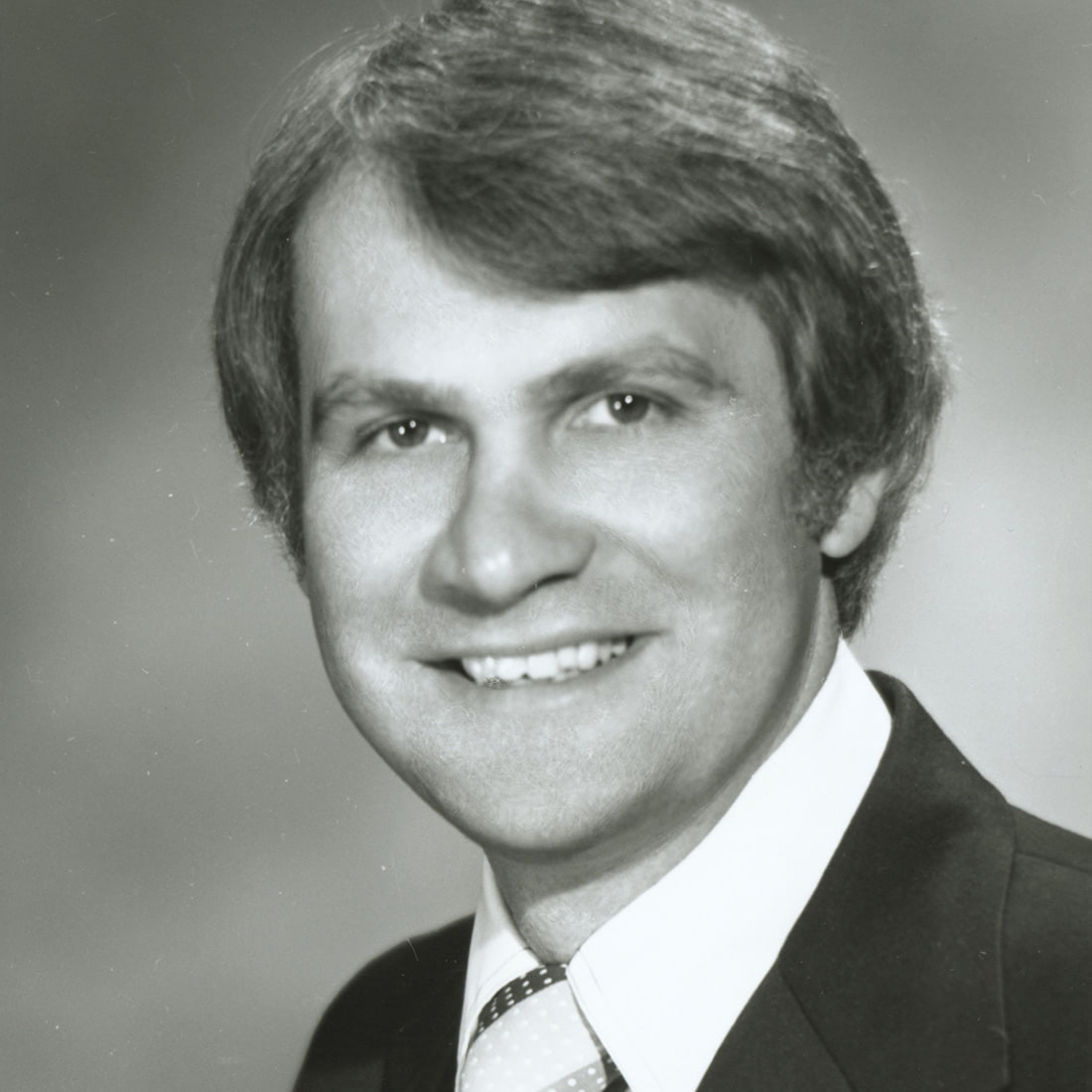 One of the first seminars I attended was in San Francisco. As I was standing at the podium, I noticed another person in the room who was similar to myself in many respects. He was about my age and my height—we were both 6’5”, towering above most of the people in the room. I felt an immediate bond even though we hadn’t spoken.

During one of the breaks, Eli and I met officially for the first time. We started talking, hitting it off instantly, and decided to go to dinner together later that night.

The start of something big

We didn’t have a car to head out on the town, so we borrowed one from an attendee at the seminar—an Alfa Romeo. When we picked the car up in the garage, the parking attendant had already started it. After dinner, unfortunately we couldn’t get it restarted. It turns out we didn’t have a mechanical bone between us—we didn’t realize you had to push in the key and then turn it. As a result, we spent the rest of the night parking on hills, and when we needed to start the car, one of us would get out and push while the other drove and jump-started the car.

When we brought it back to the garage the attendant told us to just leave it. He didn’t believe us when we told him he’d have to keep the engine running if he wanted to move it later. Eli took out a $5 bill, put it on the dashboard, and told the attendant it was his if he could get the engine started. Of course, the attendant started the car easily, and drove off. The moment bound us together. 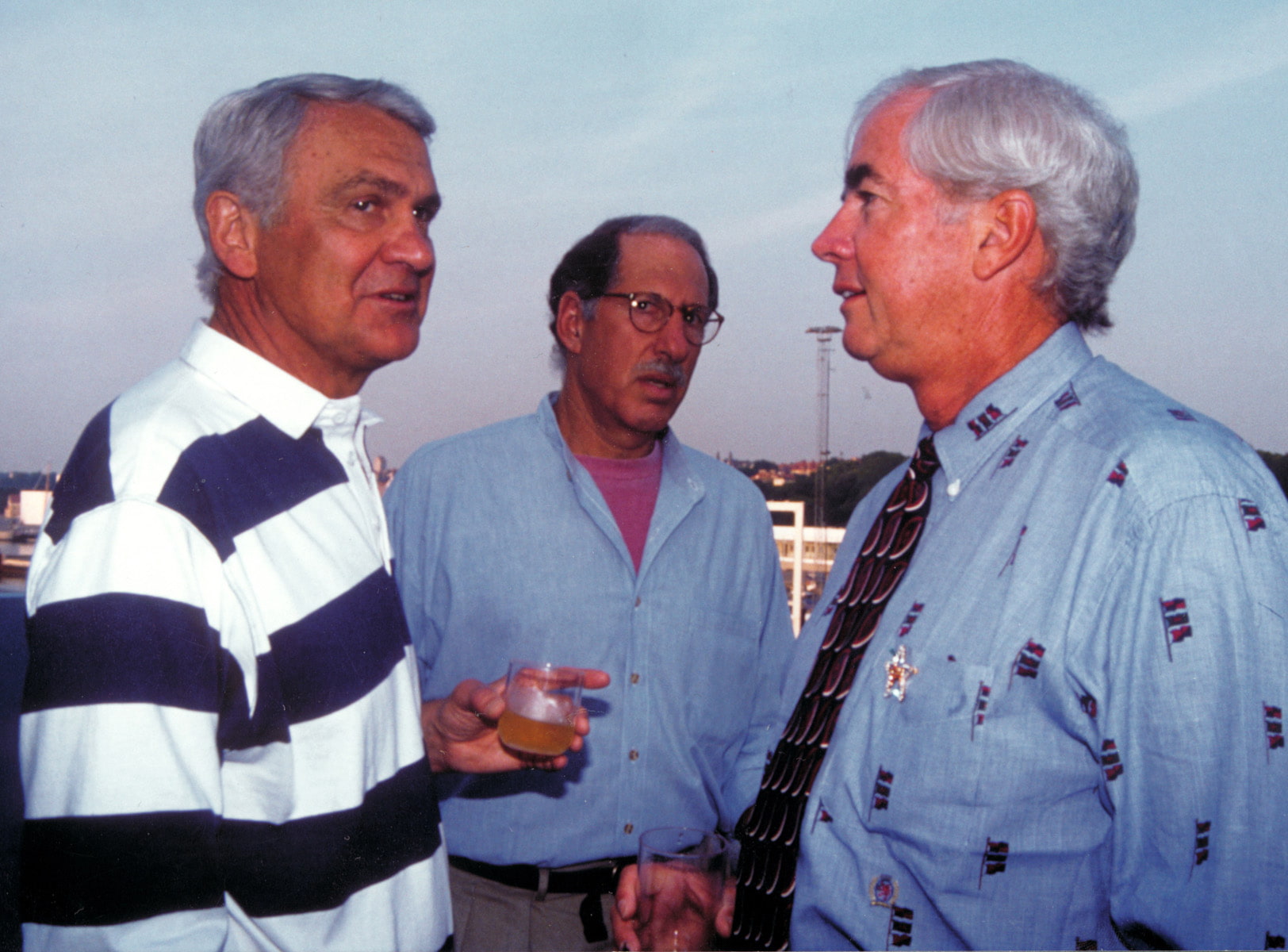 From that point on, we were joined at the hip. While we were separated by 3,000 miles—Eli was on the West Coast and I was based on the East Coast—we were in constant communication. We talked to each other weekly—if not daily—about cases we were working on, and we would send each other proposals that we had written. Our friendship continued to grow as well, and we’d meet up for family vacations in places like Sunriver, Oregon, or John Gardiner’s Tennis Ranch in Arizona.

We were on the same wavelength. Our skills and personalities complemented each other. He was very organized, a creature of habit. I was more of a free spirit and much less structured in everything I did. Despite that, the combination of our personalities worked out phenomenally well.

Eli always knew what we were going to do next. When he had his eye on a goal, he did not deviate—he committed to the path.

Until we created M Financial Group and started working together, insurance companies treated producers like us as employees. We were independent. We would tell carriers what we needed from them, not the other way around.

We knew our business was more profitable to insurance carriers than the average producer’s business, and we wanted a system of profit sharing between carriers and producers. Carriers laughed us out of their offices when we told them what we needed. 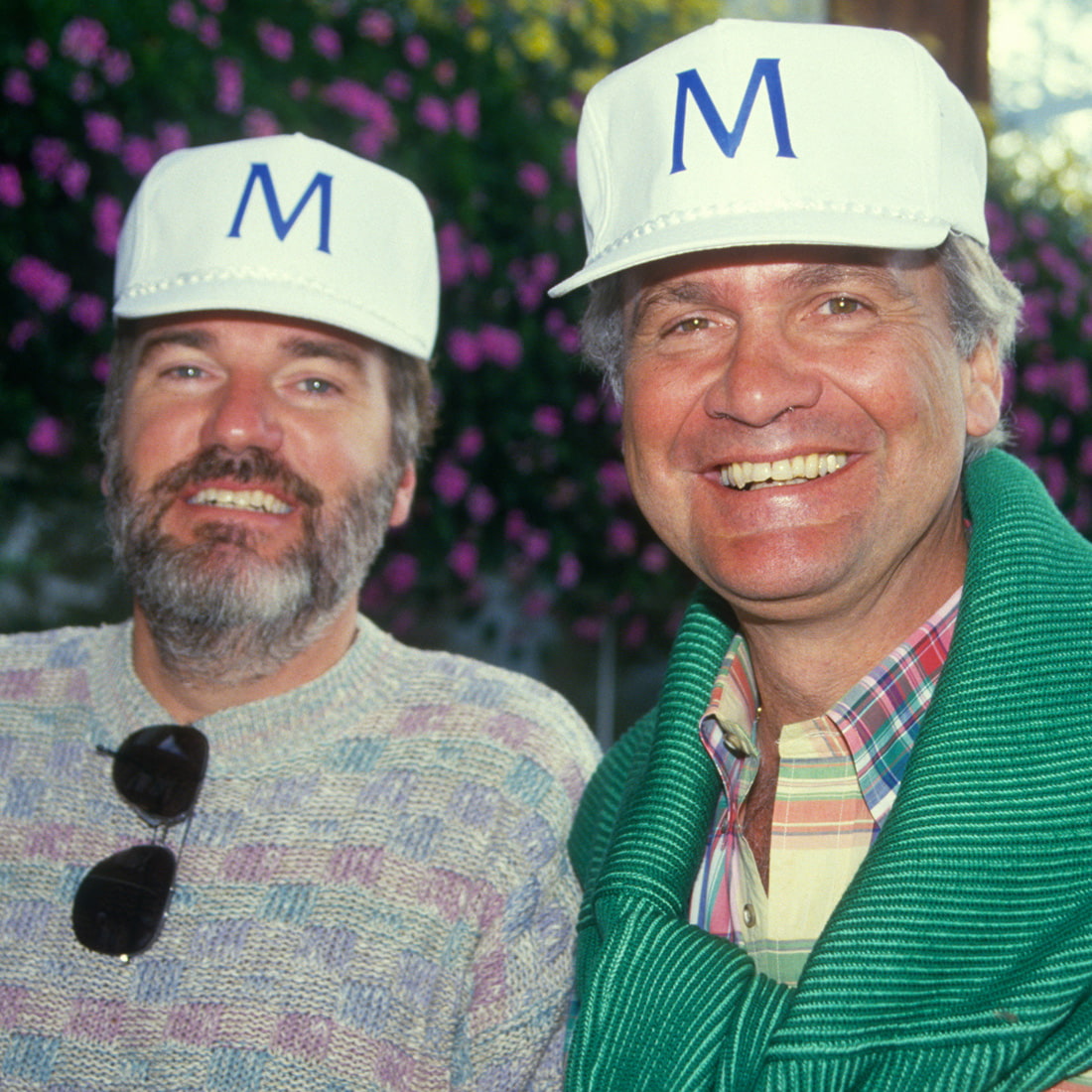 “Eli always knew what we were going to do next. When he had his eye on a goal, he did not deviate—he committed to the path.”

We had been working with a small carrier in Colorado by the name of Security Life of Denver who would design products for our clientele. We had developed a deep relationship with Security Life’s CEO, Fred Deering. When we told him what we wanted, he said, “I went out on a limb for you guys once before and you didn’t steer me wrong, so I’m going to do it again.” That meeting changed the future of M Financial Group. Suddenly, producers and carriers were sharing profits, something that had never been done before.

Eli and I started M Financial Group together. We were both passionate about it. In fact, we could finish each other’s sentences. I didn’t just like Eli, I absolutely loved him.

Eli changed my life, and many other people’s lives, too. He was a visionary, a change agent in the industry, and he had a huge presence and generosity of spirit. He was a friend. 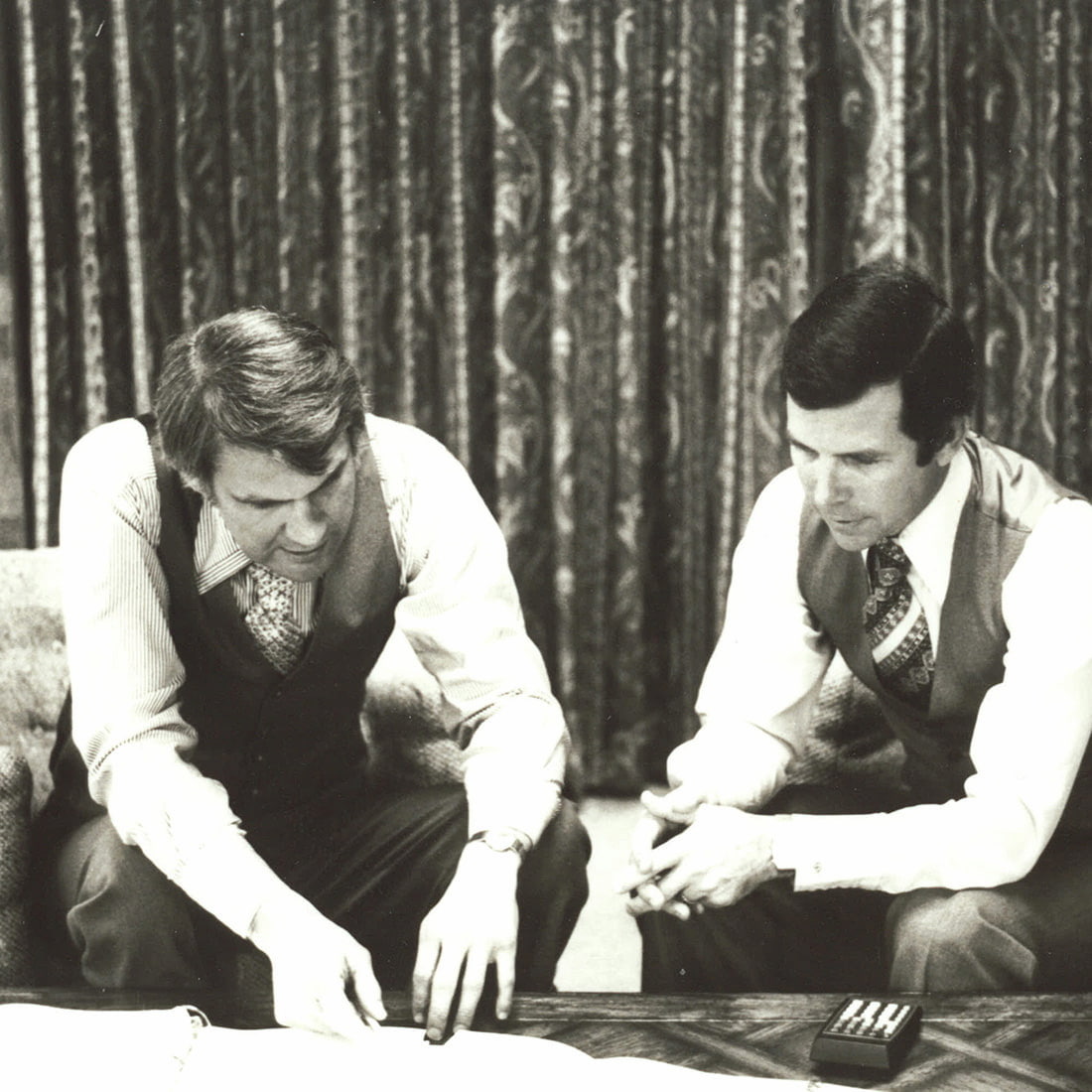 The first time I worked for Eli it was in the early 1970s. I was in an entry-level clerical position at RMC, his insurance agency. I was bored and unhappy and left after a couple years. At that time, the company’s leaders were on a different floor from the rest of the employees and no one had access to them or understood what the company was all about.

In 1978, I went to graduate school and was working on a project for MCG as part of my studies. Eli asked me to come back to work after graduation. I declined and explained that I had been unhappy when I worked for him before and didn’t think anything would change.

Eli asked me to make a list of issues. He offered to take me to lunch and discuss strategies and solutions.

Over lunch, we worked through a plan for me and for the company. I decided to take Eli’s offer and joined M Financial Group. Things changed from that day forward. Eli was true to his word. He communicated with me and with the company regularly. He was open about company strategy and he welcomed questions and input; and to his credit, he would periodically check with me to see if I was still bored or if there were other things I was interested in doing. He became available in a way he hadn’t been before. Over the years, Eli delivered on all of his promises. 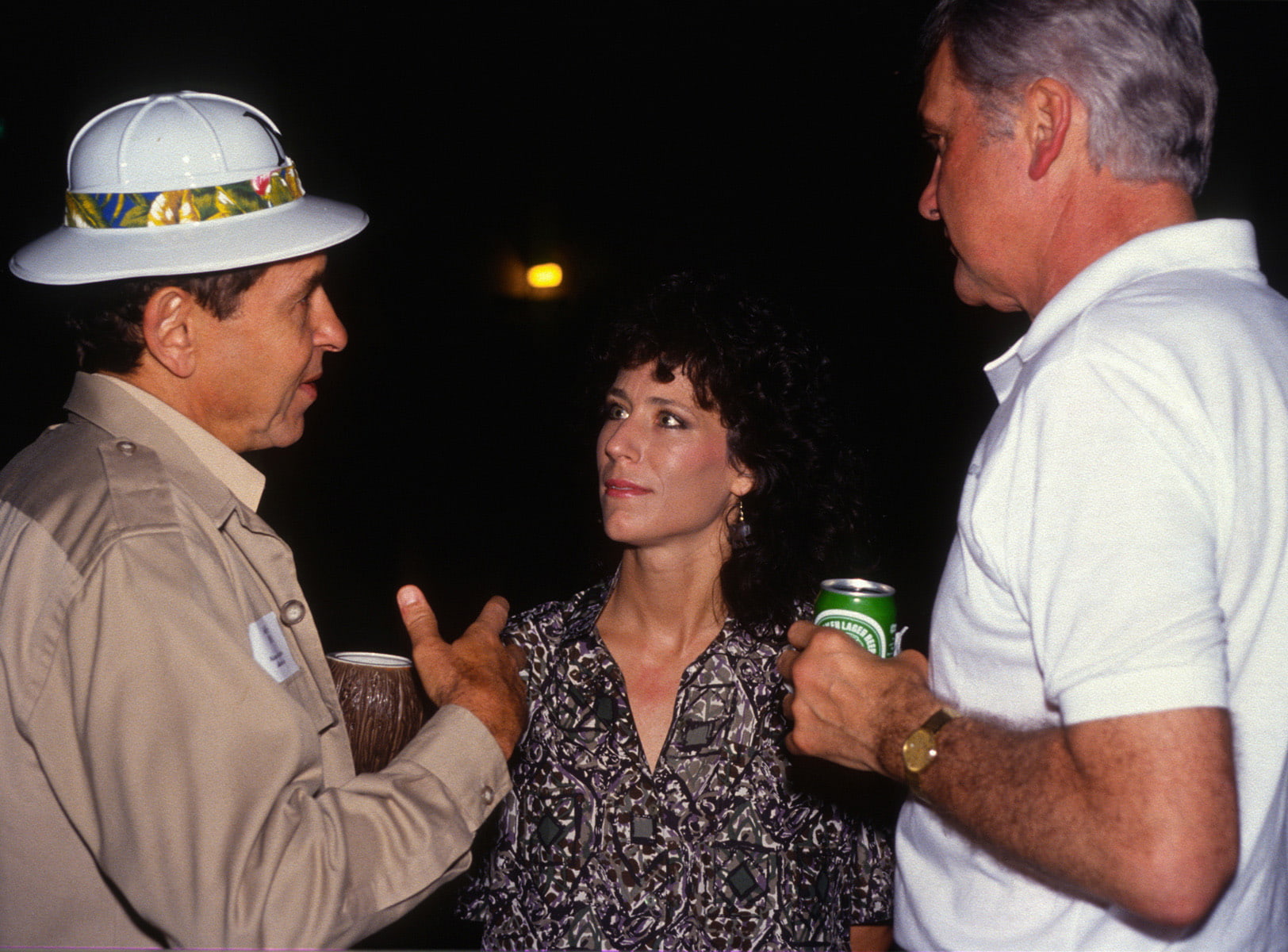 That became the foundation of our relationship. I became his operational right hand. We worked together very closely until he retired in 1996. During that time, we built a company with a totally unique culture that valued people, encouraged growth, and inspired change.

In an industry that was known for being traditional and static, Eli initiated change and became a leader. He wanted to put the producers in the driver’s seat so they could best serve clients’ needs. His vision was different from what the industry was doing, and in many ways, what it is still doing. He was always trying to do the right thing for the client first.

Eli believed in hiring smart people to further his vision. He would say, “I want everyone in this building to be smarter than me in the aspect of our business and better than me at something.” He challenged his people to be the best. Eli had a reward system that was intellectual and emotional, as well as material. There was recognition, respect, and the opportunity to do new things within the industry. He also recognized the importance of financial compensation. One year, Eli gave out fishbowls full of M&Ms. Buried in each fishbowl was a wad of cash. His point was: We’re all going to work hard, we’re going to play hard, and we’re all going to share in the rewards. He really believed in his people. He respected them, trusted them, challenged them, motivated them, and rewarded them.

For me, Eli was a mentor, a coach, and a champion. There weren’t many women in the insurance industry or in executive positions in those days, and he opened many doors for me. I will always be grateful to him and thankful that I could call him a friend. 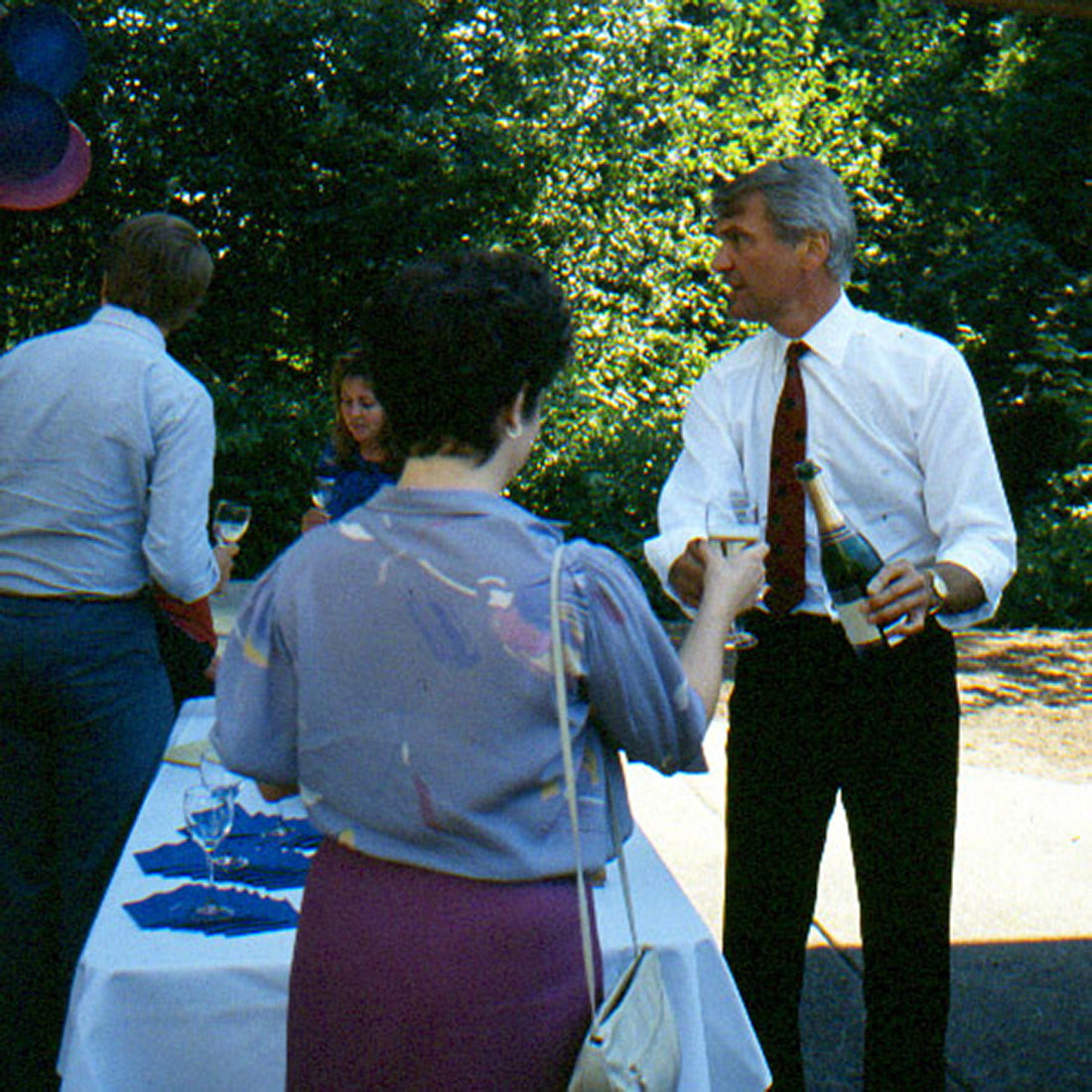 “He really believed in his people. He respected them, trusted them, challenged them, motivated them, and rewarded them.”

After Eli retired, I stayed with M for the remainder of my career, first as Project Manager for M Financial Group’s corporate reorganization and then as Sr. V.P. Member Firm Development. I retired in 2014. I had a long and amazing career made possible by Eli.

I’ve always appreciated Eli because he led with passion. You could tell Eli loved MCG Northwest; he loved M Financial Group; he loved all that he built with the other three M’s – Peter Mullin, Mark Solomon, and Carl Mammel.

I don’t ever remember seeing Eli without a smile on his face. He was fun-loving and instilled his love of parties into the culture of M Financial Group and MCG Northwest. If you go through the photos of all the events that happened over the years, there are probably more pictures of Eli in costume than there are of him in a business suit!

Eli never, ever showed that he was flustered. Opposition was an opportunity for him. He loved when there were regulatory challenges or something that Congress might be changing with regard to the tax structure of life insurance or any of those sorts of things. Eli would gather the troops and say, “All right, this is a great opportunity. This is not a time to be shy; this is a time to go after business.” Some of the organization’s best years financially were times when we were facing industry challenges.

Eli had a great philosophy that I have carried with me. He’d tell his managerial team that “the job is to make yourself obsolete.” Meaning, you are doing a great job if you hire people who are smarter than you, more passionate than you, and who want your job because there will be another opportunity for you once you make yourself obsolete. I thought this was a fantastic way to think about things rather than being protective of your position. I think it was a big part of what made MCG and M Financial very successful firms.

Eli had an impact that will go on long after his life.

Eli transformed many lives as a mentor and philanthropist, including his work with Self Enhancement, Inc., an agency dedicated to providing African American teens and families with academic support, athletic opportunities, and other resources.