THE INDELIBLE LEGACY OF

Eli Morgan transformed lives, businesses, and his community. He leaves a legacy of innovation, generosity, and joy.

Eli had an amazing ability to love. He loved each and every one of us deeply and showed it in many ways. To the business world, he was a leader, an innovator, and a visionary. To the community, he gave hope. To our family, he was a role model. A father who never gave up. A friend who would always be at your side. A grandfather who taught kindness, humility, and forgiveness. We hope to honor him through this website and celebrate the amazing light he shed on the world. 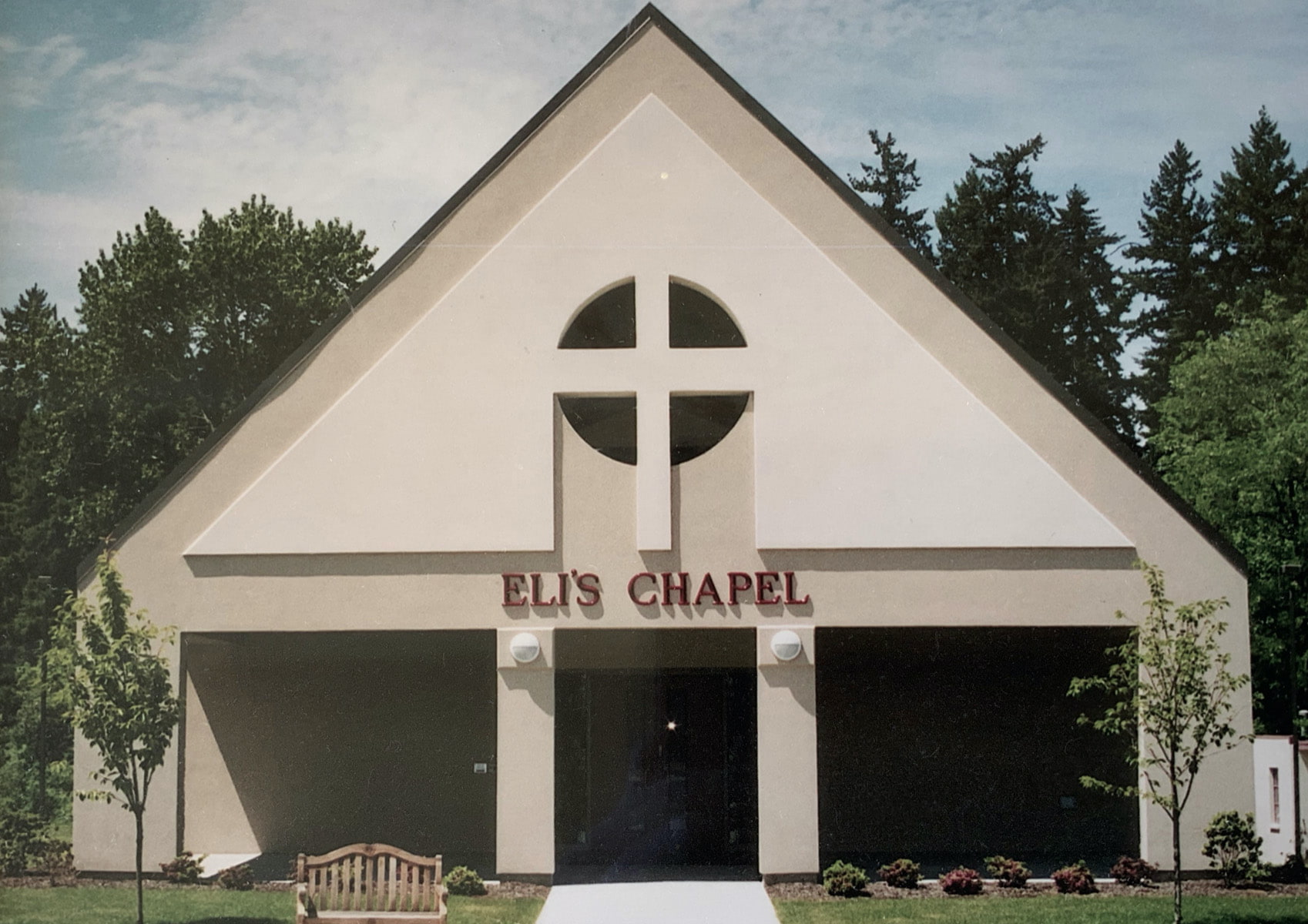 A celebration of life for Eli Morgan will be held on Thursday, August 4, 2022, in Portland, Ore. To protect the health and well-being of everyone, the service will be private. If you would like to share your condolences with the Morgan family, please leave a message on the memorial page.

Eli Morgan had a capacity for hard work matched only by his capacity for joy.
He saw new ways of doing things that were nearly invisible to others, and he brought his innovations to market with care and integrity. He reaped great success, and he gave back to those he believed in.
“Eli lived big, worked big, and loved big,” said his wife, Jill. “And what a great gift it was to be loved by him.”

Eli was born in Jonesboro, Ark., in 1937, the son of Jessie and Everette Morgan. In addition to his wife, Jill, he is survived by his son, E.C. Morgan and daughter-in-law, Karen Morgan of Kona, Hawaii; his daughter, Lee Morgan of San Francisco, Calif.; three grandchildren, Elijah, Ellison, and Honor Morgan, all of Kona, Hawaii, and Barbara Morgan, his wife from a previous marriage, of Palm Desert, Calif. Linda Steigerwald, Eli’s first wife and the mother of his children, died in 2017.
He had an unfailing champion in his mother. “Jessie worshipped him, and he worshipped her,” said Eli’s former wife Barbara Morgan. “She gave him her savings — $2,000 – to start his first business. He loved his success because of what he could do for her and for the other people in his life.”

Other business leaders in the insurance and financial world unfailingly describe Eli as “a visionary” – his aspirations revolutionized the insurance industry. Among his many accomplishments: In the 1970s, based in Portland, Ore., he formed and led Resource Management Consultants (RMC), then joined forces with three partners to establish M Financial Group. He next formed Management Compensation Group Northwest (MCG NW), a premier life insurance firm serving the corporate marketplace.
From there, Eli led the formation of M’s reinsurance company and became M’s first CEO in 1986.

“Eli created a path for growth and success that most within the M Community could only imagine,” wrote Wes Thompson, CEO of M Financial Group, and David Byers, chair of MFH Board of Directors, in their announcement of Eli’s passing. “He believed in his vision of what was possible – even against formidable headwinds – and loved working with others to overcome obstacles to make the vision a reality. No challenge was too large for Eli.”

As Mark Solomon, a close early colleague and a co-founder of M Financial, said, “the common bond between all of us who started together…was that we all believed that whatever you did needed to be in the client’s best interest. That was Eli.”

Eli’s ability to attract and inspire the best thinkers and planners in the business fueled the meteoric growth of his companies and changed the lives of those who worked alongside him. “By finding the ‘best-of-the-best’ in the insurance industry, and bringing them together, everyone was elevated in a manner and to a level they never would have achieved on their own,” said Wayne M. Schuh, former managing director of MCG NW.

By the late 1980s, Eli was as well known for his philanthropy as for his business acumen.
“What he wanted most was for people to find opportunities,” said his daughter Lee Morgan. “His philanthropy was all about that, and that part of him really influenced me and everyone around him. He was gracious, he was determined, and you could see the deep joy he felt when he was making a difference in people’s lives.”

“Eli made all the difference in SEI’s growth and success,” said CEO Tony Hopson, Sr. “We went from being a single program to being a vibrant agency because of him. He gave his resources, and he gave his time, and he gave his influence. He didn’t just support a worthy cause by writing a check, he brought his friends into a part of Northeast Portland that many people never visited. He made them care about the people who lived here.”

There was much more than business in Eli’s always-full days. “My dad loved his family, and he loved his work,” said his son EC Morgan. “He always looked toward the next horizon. He made time for us – always – whether it was up at 4:45 a.m. to take me to tennis lessons before he went into work or taking us all traveling around the world.”

When Elijah, Eli’s first grandson, was born, Eli attended the birth. “As busy as he was, he came to see Elijah every month during those baby years,” said his daughter-in-law Karen Morgan. “He was an amazing father, friend, and business mentor. He really cared, and he really listened.”

His attention to detail didn’t end with his own work – or even, his own lawn. Portland neighbor and friend David Hopkins enjoyed a running debate with Eli over landscaping aesthetics. Then Eli decided to make his point with actions, as well as words. So it was that one day, Eli, tall, and elegant in his white trousers, pink shirt, and white bucks, went out and mowed his neighbor’s lawn to his own precise standards. “Eli had a gift for that kind of friendship,” said David. “Fun, and always real.”

Eli mentored countless promising young people who came to think of him as family as he built their confidence and helped them achieve their goals. When Jennifer Adams, now CEO of Jennifer Adams Home, was starting out as a designer, Eli walked her through the best ways to budget and hire to build her company. “He was the first person who made me believe in my ability to succeed,” she said. “He was the epitome of someone who put life to good use, helping people to grow professionally and personally.”

It was not a one-way street. Eli loved to be challenged and learn from others as well. “Eli loved people,” said Connie Morrison, former COO of M Financial. “He demanded a lot of them, he supported them, talked to them, listened to them – and debated with them. Anyone could walk into his office and talk…he was never threatened by the intelligence or ideas of others.”

Eli’s other exuberant loves – travel and fine wine – were, to his way of thinking, ideal opportunities to bring his favorite people together.

“When we’d been dating for a while, Eli said to me, “I want to take you to Italy for your birthday and I have it all planned out,” recalled Jill Morgan. “Now, of course, Eli did not travel like other people. He moved around the world in great style. He researched every, single detail. It was all perfectly planned. What he didn’t mention to me then was that his kids and his ex-wife were going too. And, of course, the trip was wonderful and perfect, just the way he envisioned it.”

Eli, she said, “Made the most improbable, amazing things happen for all of us. And he never stopped.”
See more about Eli’s life on EliMorganM.com

As a family man, business and community leader, Eli had a meaningful influence on those around him. Browse through photos shared by his family, friends, and colleagues.

Eli Morgan was an insurance industry visionary. Eli relentlessly advocated for the best interests of clients, attracted the top talent in the industry, and saw the potential of new ideas.

A consummate entrepreneur, Eli co-founded many companies, including Resource Management Consultants, M Financial Group, and Management Compensation Group. Eli shared his talents as a board member and a leader of numerous industry groups, nonprofits, and companies. Eli’s vision, drive, and innovations changed the insurance industry for the better and leave a lasting impact on his colleagues. 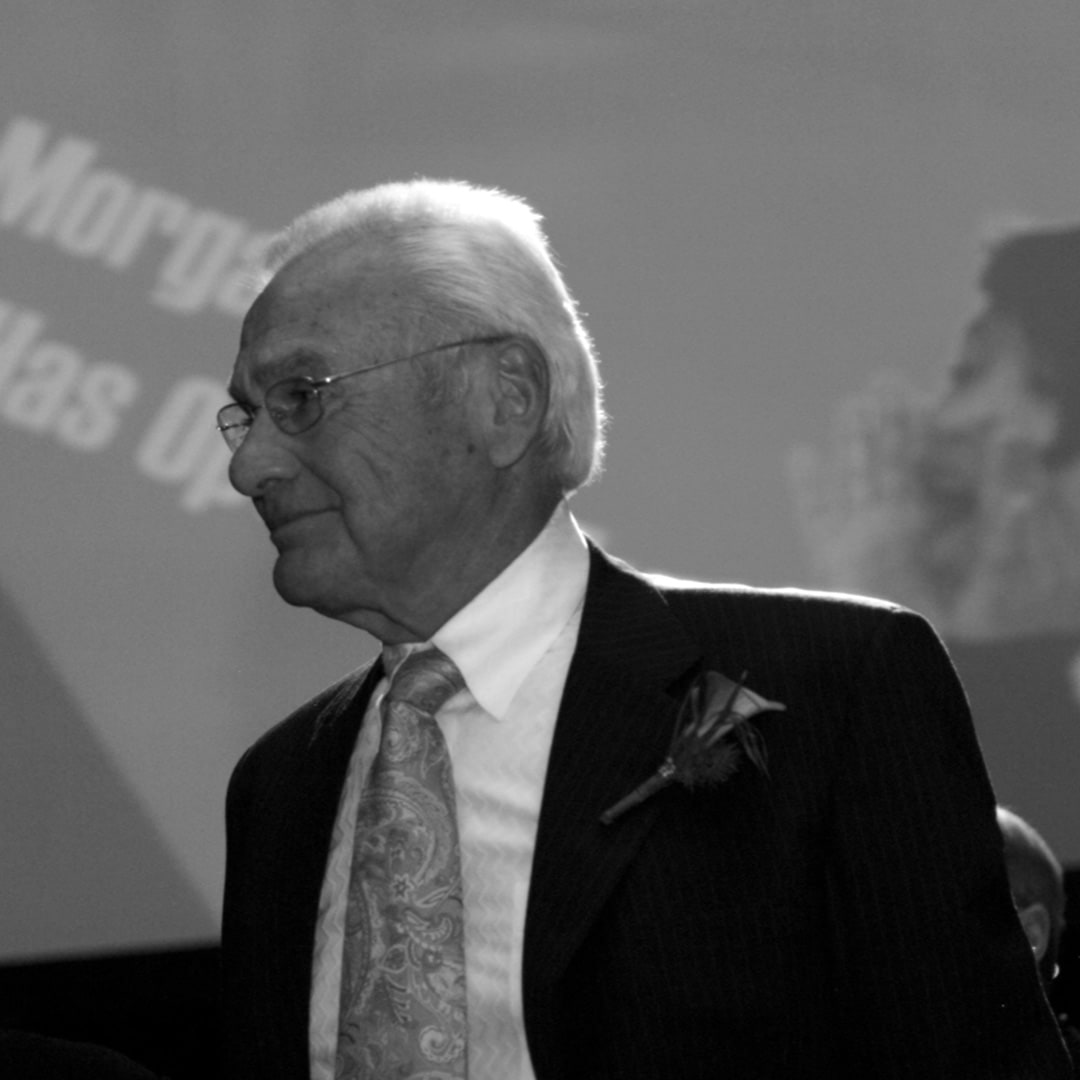 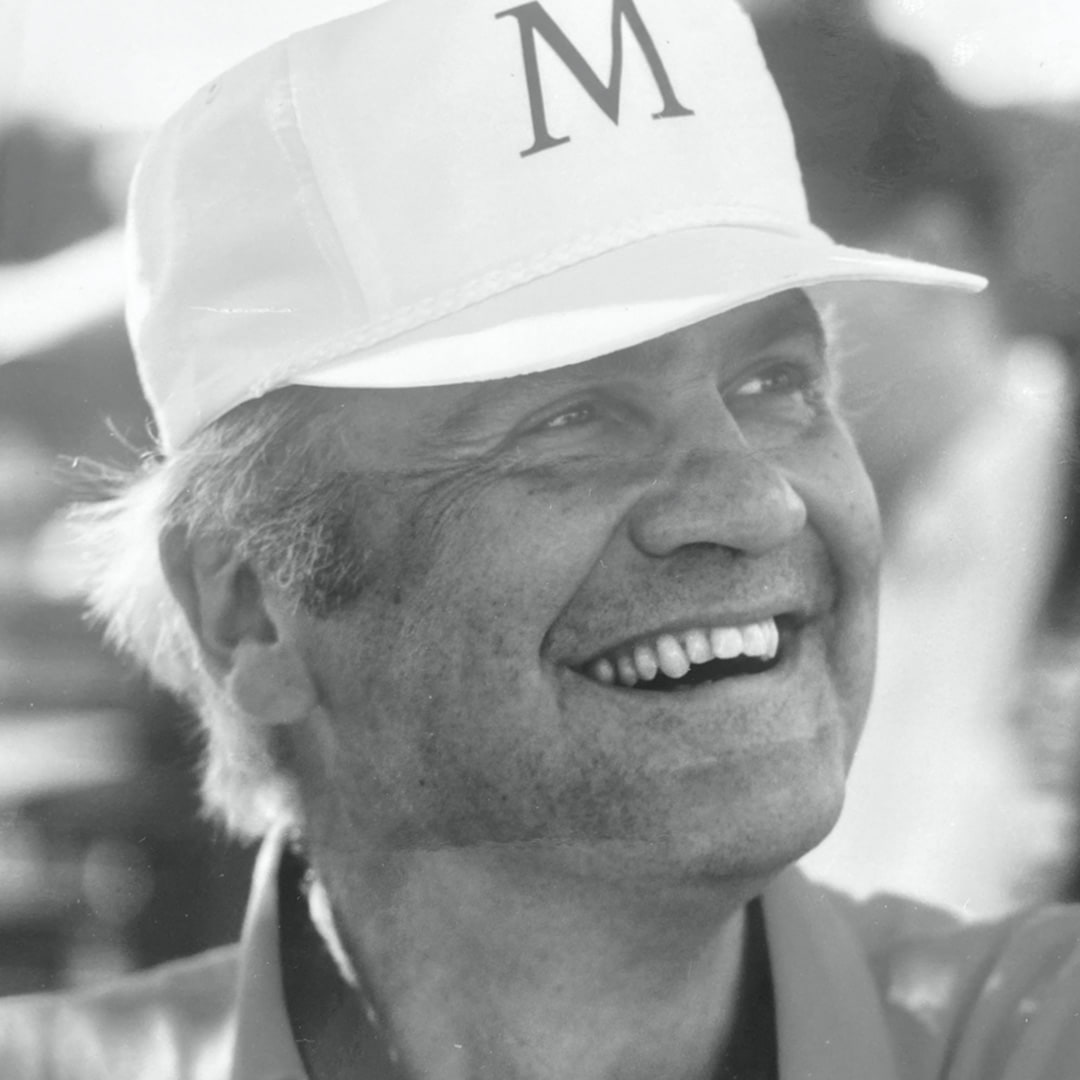 Eli transformed many lives as a mentor and philanthropist, including his work with Self Enhancement, Inc., an agency dedicated to providing African American teens and families with academic support, athletic opportunities, and other resources.

He really believed in his people. He respected them, trusted them, challenged them, motivated them, and rewarded them.

For me, Eli was a mentor, a coach, and a champion.

Eli set the example for others to not only give, but to go deeper and see the long-term effect a program can have on our kids, families and city.

Eli’s footprint for M ranges far and wide and extends indefinitely into the future. We are all so indebted to him!

Eli was a person who seemed to know what to say to inspire a person to be better.